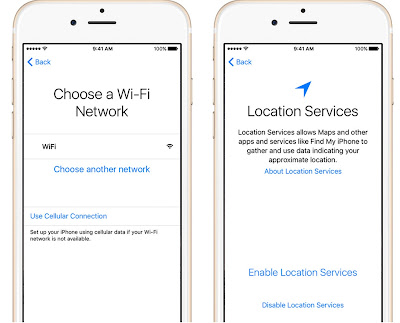 iPhone SE User Guide / Manual - iPhone SE Tutorial Move from Android to iPhone - Ready to transfer
to iOS? Download the Move to iOS app to get help switching from your Android device to your new iPhone SE, iPad Pro , or iPod touch.

Wait for a code
On your iOS device, tap Continue on the screen called Move from Android. Then wait for a ten-digit or six-digit code to appear. If your Android device shows an alert that you have a weak Internet connection, you can ignore the alert.

Use the code
Enter the code on your Android device. Then wait for the Transfer Data screen to appear.

Choose your content and wait
On your Android device, select the content that you want to transfer and tap Next. Then leave both devices alone until the loading bar that appears on your iOS device finishes—even if your Android indicates that the process is complete. The whole transfer can take a while, depending on how much content you're moving.
Here's what gets transferred: contacts, message history, camera photos and videos, web bookmarks, mail accounts, and calendars. Some of your free apps will transfer if they're available on both Google Play and the App Store. After the transfer completes, you can download any free apps that were matched from the App Store. Any matched paid apps will appear in your iTunes Wishlist.

Finish up the iPhone SE Settings
Make sure that all of your content transferred. If some of it didn't transfer, you can move that content manually. Need to get the apps that were on your Android device? Go to the App Store on your iOS device to download them.

iPhone SE Tutorial File Transfer
If you have issues moving your content, there are a couple of things that you can check:
Make sure that you leave both devices alone until the transfer finishes. For example, on your Android device, the Move to iOS app should stay onscreen the whole time. If you use another app or get a phone call on your Android before the transfer finishes, your content won't transfer.
On your Android device, turn off apps or settings that might affect your Wi-Fi connection. For example, turn off features like the Sprint Connections Optimizer or the Smart Network Switch. Then try again.
Restart both of your devices and try again.

If you need help after the transfer 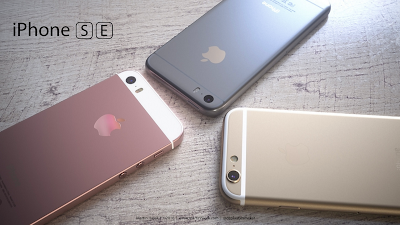 If Messages doesn't work as expected after you've transferred your content, get help.
If you don't see apps from your Android device on your new iOS device, find and download them in the App Store on your new iPhone SE device.
You might find that only some content transferred and your iOS device ran out of space, or your iOS device might appear full even though the transfer didn't finish. If so, erase your iOS device and start the transfer again. Make sure that your Android content doesn't exceed the available space on your iOS device.
Information about products not manufactured by Apple, or independent websites not controlled or tested by Apple, is provided without recommendation or endorsement. Apple assumes no responsibility with regard to the selection, performance, or use of third-party websites or products. Apple makes no representations regarding third-party website accuracy or reliability. Risks are inherent in the use of the Internet. Contact the vendor for additional information. Other company and product names may be trademarks of their respective owners. manual-tutorials.com Advertisement