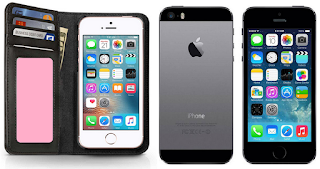 Apple iPhone 5s Problems - iOS 11 is the newest iPhone and iPad update, all users hope much can fix of iPhone problems. iOS 11 compatibility to the iPhone 5s, iPhone 6s, iPhone 6s Plus, iPhone 6, iPhone 6 Plus, iPhone SE, iPhone 7, iPhone 7 Plus, iPad and iPod. But there is still an iPhone update problems, want yo know more? Keep reading.

In this article especially for you a user of iPhone 5s that have a problems, but major can be aplied for the most iPhone problems. There's a lot of iOS 11 update, after iOS 10 - iOS 10.3 fix the issue. Most of user had a long time when the iPhone 5s upate to iOS 11. 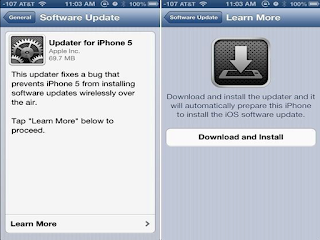 If you want to update should you do by follow the user guide to keep your device get original software and reduce your iPhone 5 problem. Before updating, ensure to run backup to keep your data save. To update into iOS 11 on your iPhone 5 or other iPhone, open the Settings > General > Software Update. Your iPhone checks for available software updates and it need a time to check.

Why is my iPhone update taking so long to download?

Yes, the problem when update to iOS 11 is a need a long time, after the download complete than install iOS 11, finished by resrart and the Apple logo appears on the screen.

But if your iPhone 5s stuck on update iOS 11 and you can’t turn off and the problem continues, you may need to reset your iPhone. Do this iPhone manuals only if you’re unable to restart iPhone by hold down the Sleep/Wake button and the Home button at the same time for at least ten seconds, until the Apple logo appears. You can reset and erase all of your content and settings tha do an update again.

If yor iPhone won't to charge, remove the dust on charging port located on the bottom of your device, blow air into the dock to clear it of other tiny specks and remove dust on the cable connectir. Now try connecting the cable again and charge your iPhone. Maybe you need a different USB cable or different charger to try.

When your iPhone 5s have too many applications and notice a low memory, here how to fix:
Problems with touch screen

If you had this problem, make sure that your hands are clean and dry, then try the following steps:
Hardware problems

If your iPhone 5 had a hardware problem, pardon me it's look like you need to go to Apple service center or Apple Authorized Service Providers.

If your iPhone won't turn on, try to restart your device. If you can't restart it, you can force restart your device. Press and hold the Sleep/Wake button and the Home button simultaneously for at least 10 seconds. If the red slider appears or the screen dims, keep pressing the two buttons until the Apple logo appears. Or you can do by hold down the device's Home button as you connect the USB cable into charge.

For iPhone 5 or later, thing to iPhone battery and power repair costs. If you're covered under AppleCare+, and if your iPhone needs battery replacement you can replace your battery at no charge if it retains less than 80 percent of its original capacity.

Other people are noticing that they iPhone batteries now drop from 100% to 50% in under an hour after installing iOS 10. iOS 10.3.2, when it graduates from its beta, may not work with 32-bit iPhones and iPads, like the iPhone 5, iPhone 5C and iPad 4th Gen. Some users have tweeted at us saying that their iPhone 4S won't work when they try to update to iOS 10.3. Apple update to the version of iOS 10.3. which has fixed the issue for some people.Don't be alarmed if it eats up 30 minutes of your time to update about 500MB.

iOS 11 problem not supported with iPhone 5. Apple release iOS 11 support for iPhone 5s and the iOS 11 problems when composing an email in the Mail app, the Send button sometimes becomes in active and does not work.