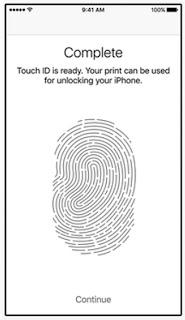 iOS 9 Security Guide - Every iOS device combines software, hardware, and services designed to work together for maximum security and a transparent user experience. iOS protects not only the device and its data at rest, but the entire ecosystem, including everything users do locally, on networks, and with key Internet services.

Each step of the startup process contains components that are cryptographically signed by Apple to ensure integrity and that proceed only after verifying the chain of trust. This includes the bootloaders, kernel, kernel extensions, and baseband firmware. When an iOS device is turned on, its application processor immediately executes code from read-only memory known as the Boot ROM. This immutable code, known as the hardware root of trust, is laid down during chip fabrication, and is implicitly trusted. The Boot ROM code contains the Apple Root CA public key, which is used to verify that the Low-Level Bootloader (LLB) is signed by Apple before allowing it to load. This is the first step in the chain of trust where each step ensures that the next is signed by Apple. When the LLB finishes its tasks, it verifies and runs the next-stage bootloader, iBoot, which in turn verifies and runs the iOS kernel. This secure boot chain helps ensure that the lowest levels of software are not tampered with and allows iOS to run only on validated Apple devices.Read more iPhone 7 user guide

iOS updates can be installed using iTunes or over the air (OTA) on the device. With iTunes, a full copy of iOS is downloaded and installed. OTA software updates download only the components required to complete an update, improving network efficiency, rather than downloading the entire OS. Get iOS Update to iOS9, update iOS 9.3 and iOS 10 Update more Additionally, software updates can be cached on a local network server running the caching service on OS X Server so that iOS devices do not need to access Apple servers to obtain the necessary update data. During an iOS 10 upgrade, iTunes (or the device itself, in the case of OTA software updates) connects to the Apple installation authorization server and sends it a list of cryptographic measurements for each part of the installation bundle to be installed (for example, LLB, iBoot, the kernel, and OS image), a random anti-replay value (nonce), and the device’s unique ID (ECID).
The company officially announced the current iOS 9 on upcoming mobile operating system, iOS 10.