Tutorial How to Fix Battery Swell Up on iPhone 7

Tutorial How to Fix Battery Swell Up on iPhone 7 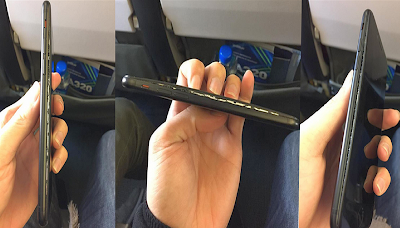 Tutorial How to Fix Battery Swell Up on iPhone 7 - Swollen battery explode is very dangerous while use on call. Many people had batteries swell up caused by many various reasons. Learn with our tutorial to fix swollen battery on iPhone 7 or your smartphone or tablet. This way can also be used for another phone.


Tutorial How to Fix Battery Swell Up on iPhone 7

Why does a battery swell?

Bulging batteries mean only one thing- buildup of gas inside. The gases are produced due to electrochemical oxidation of the electrolyte. Such oxidation occurs usually due to overcharging of the battery due to a faulty battery, or faulty charging electronics in the phone or battery charger. 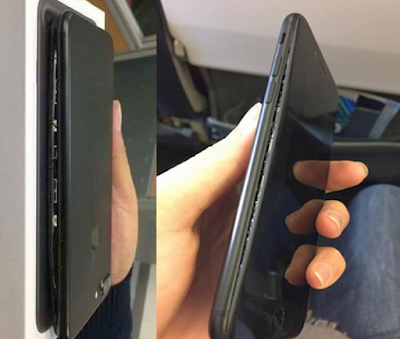 This isn’t very common, but occasionally happens on older batteries. This is a problem that needs to be fixed. It means that the battery is failing and that you need a replacement. It’s possible that the phone is still under warrantee depending on your AppleCare coverage.

Advertisement
Prefer to have iPhone fixed at the Apple store as the water resistant warrantee is still in force then. But if no one’s nearby then do it at a reputable phone repair shop.

The lithium batteries in all of today’s phones have the potential to fail catastrophically. There’s a lot of engineering that goes into iPhones and batteries to make sure this doesn’t happen, but a failing battery needs to be fixed.

It is very rare for the iPhone 7 to have a swollen battery. A swollen battery is a defective battery make iPhone 7 error. In addition to the damage it will do to the case, it could crack and leak dangerous chemicals which could hurt you or your property, or worse — it could even explode.

If yours is swollen, stop using your iPhone IMMEDIATELY.
Do not charge it.
Turn it off if it is on, and
DO NOT TURN IT BACK ON FOR ANY REASON.
Take it to an Apple Store or Authorized Apple Repair Center right away to have the entire phone replaced under warranty (since it is less than a year old).Check out iPhone 7 battery tips

For the battery problem your iPhone battery bubbled, there are actually several causes such as the one below:

1. The battery is in your iPhone it's time change, therefore, immediately replace the battery with a new one.

2. Fatal error user, as do the activities, calling while charging. Try to reset iPhone 7. The battery made by lithium cells which when conditions in-charge then we implement calling will lead the incoming current (charge) with a current issued are not comparable, it is the largest point of cellphone battery being rapidly broken and one of its battery swell up.

3. The charger with voltages not recommended/higher than recommended.

4. Retaining current components in yoyr smartphone that has begun to weaken its function so that when the process charge will shorten battery life.

How to Remove and Dispose of a Swollen Battery
Advertisement
iPhone battery tips:
Tutorial To Fix Battery Swell Up

2. Insert the battery into the FREEZER for about 12-15 hours in the freezer.

4. If it is considered enough, put it in a dry place or in the hot sun or use a hair dryers, back the battery to its original temperature.

5. Attach the battery to the charge to continue fully charged

6. The battery swelling fix is ready for use again

We recommend that you come to the authorized service center/Contact your Apple support, don't do it yourself Advertisement